The Greek National Theatre is demonstrating its practical support for quality regional theatre by staging (in collaboration with the State Regional Theatres of Thessaloniki, Serres and Komotini) D. K. Vyzantious classic comedy Babylonia, which remains topical and touches on many important issues of today.

In Nafplion in 1827, Greeks from Asia Minor, the Peloponnese, Chios, Crete and Cyprus, as well as an Arvanite and a scholar from Kos, hear the news that Ibrahims fleet has been destroyed. They decide to celebrate the happy event with a party at an inn. In their patriotic fervour they drink too much, however, and the hot-tempered Arvanite, not understanding the dialect of the Cretan and believing that he has insulted him, injures him with a pistol. When the police arrive, Inspector Dionysios Fantes from the Ionian Islands interviews the witnesses. However, despite his experience in interrogation, he is unable to determine whether the wounding of the Cretan is premeditated or accidental, since he cannot understand the various dialects of the witnesses, and they cannot understand his... 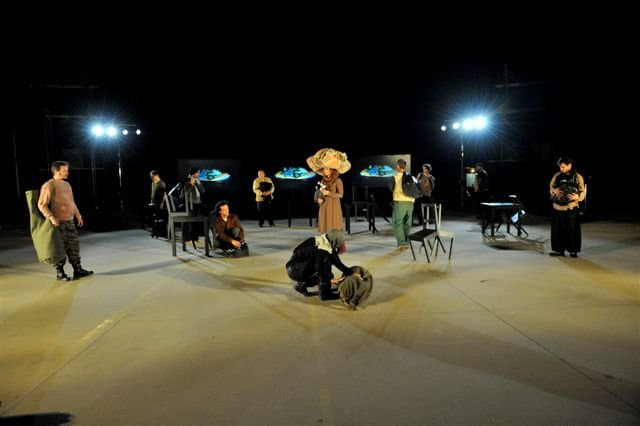 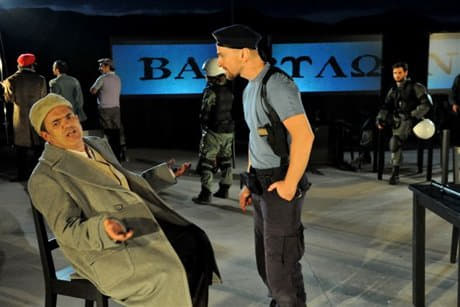 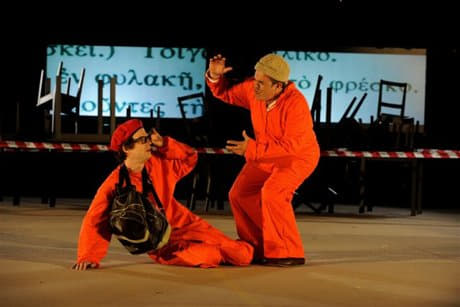 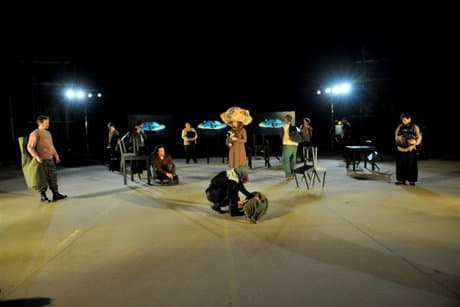