Old Strepsiades, an unschooled farmer, is in dire financial straits, strangled by debt! His marriage to a woman from a higher social class and the spendthrift life of his son, Pheidippides, have led him to borrow money hand over fist.  His lenders are not prepared to wait any longer, however. They are pressuring him to repay their loans and in the meantime, interest raises are pushing his debt still higher. Unable to sleep at night, Strepsiades can think of only one solution: Socrates school, the Phrontisterion. Because Pheidippides refuses to go, he decides to enrol himself and to study rhetoric and sophistry, hoping that he will thus be able to defend himself in court and escape his debts. Soon, however, he will be expelled as unteachable. Fortunately, his son finally agrees to attend the school, but it is a decision that will cost Strepsiades dearly..

Aristophanes target in The Clouds is the Sophists, who in the 5th century BC presented themselves as enlighteners and earned a living teaching rhetoric to the young people of the time.
Aristophanes believed that the new ideas of the Sophists were leading the young to challenge old values and an Athenian democracy in decline. His barbs are directed mainly at Socrates, despite his differences with the Sophists.
With his cast of talented actors, Nikos Mastorakis offers us a contemporary production which is both acerbic and witty and has some hilarious scenes. The parallels with today are obvious, the social and political situation making the play as modern and trenchant as ever.
The production will start its tour at the Ancient Theatre of Epidaurus on 13 and 14 July and will continue throughout Greece. 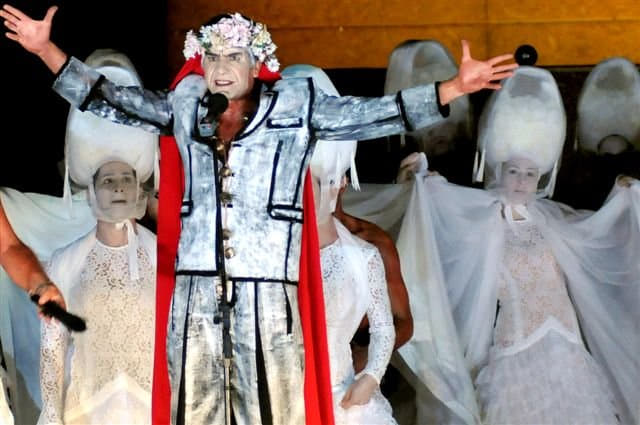 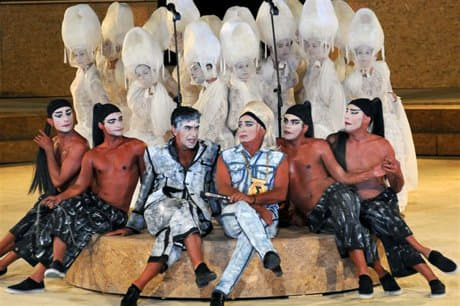 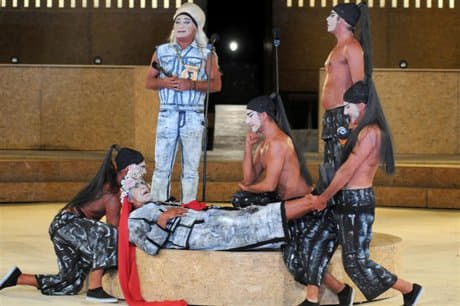 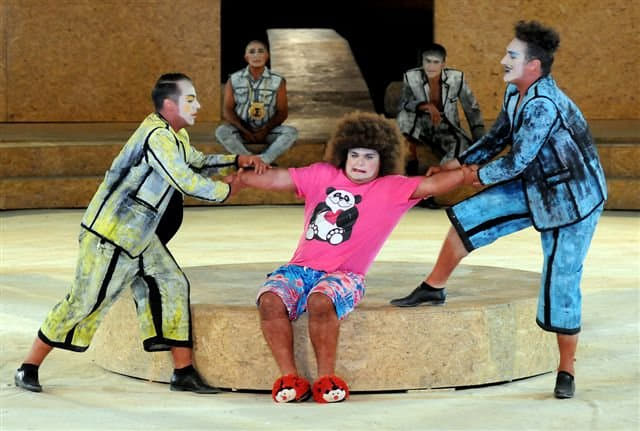 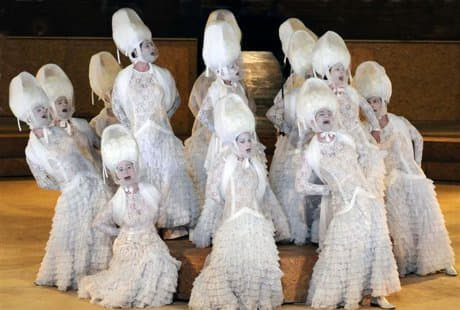 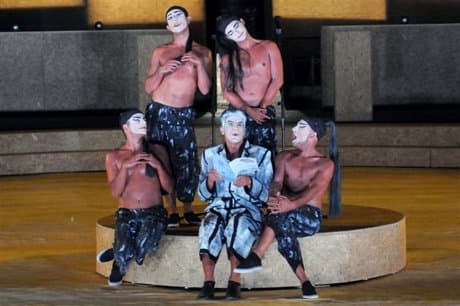 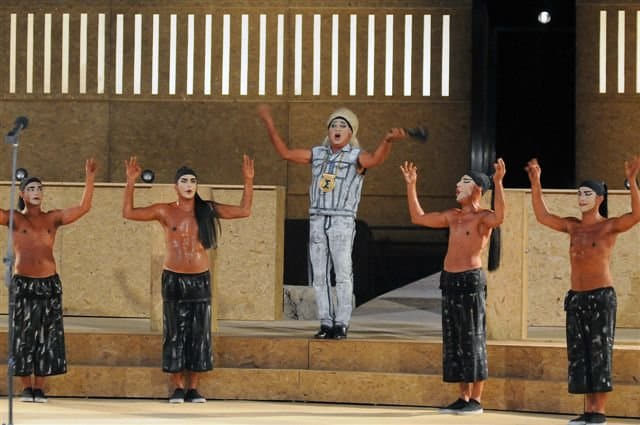 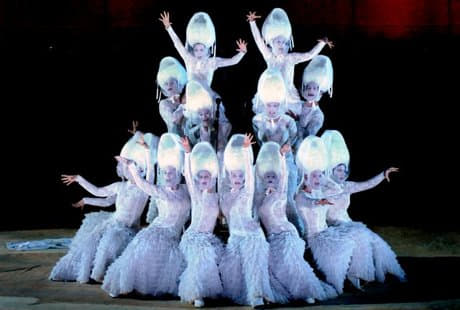 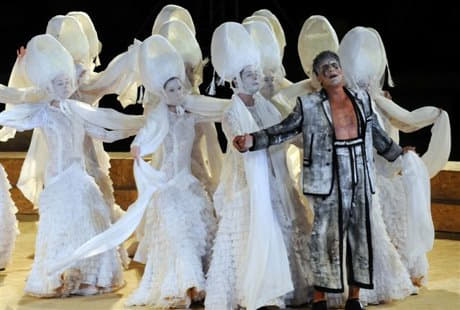 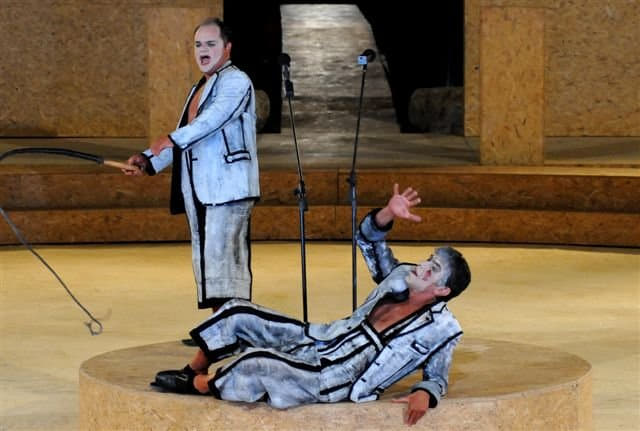 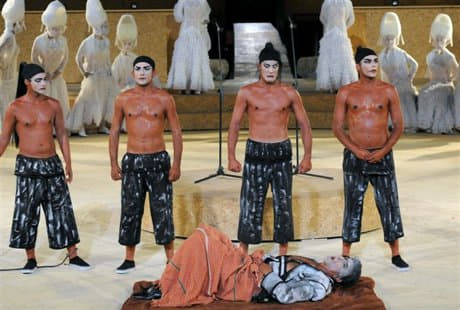 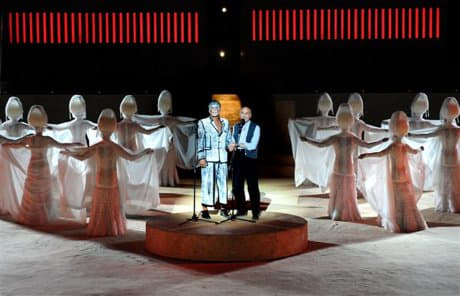 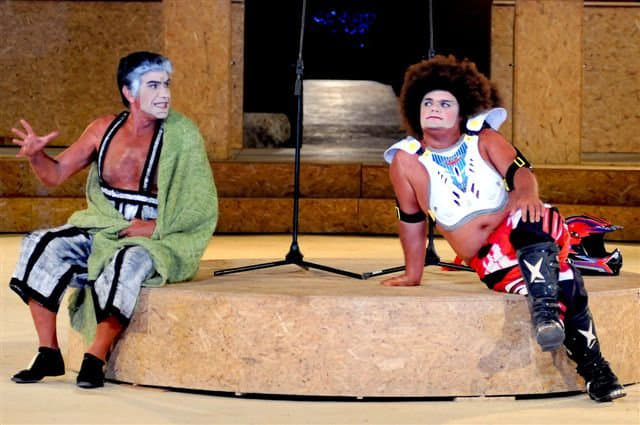 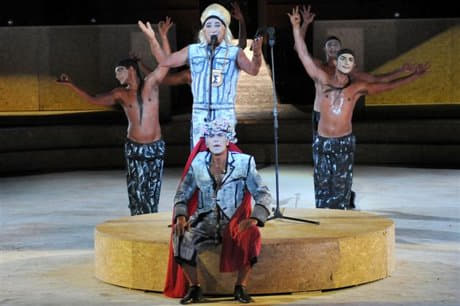 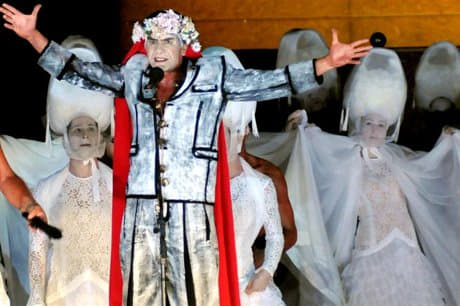 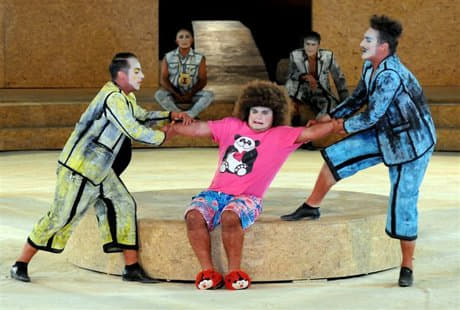 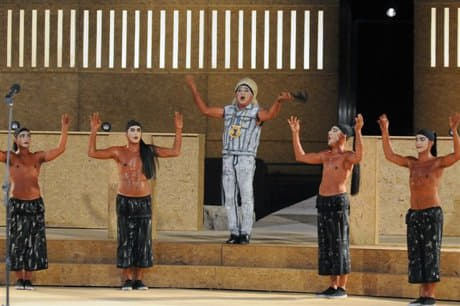 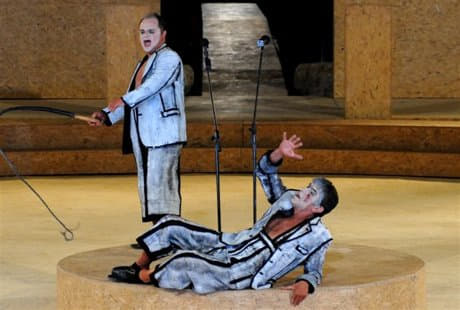 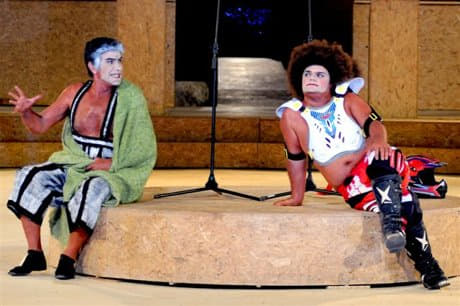