From a very young age, children learn that you can’t play on a seesaw on your own. It isn’t easy being little, but everything’s better with a friend

A play about first friendships. About that first moment when you realise that with a friend you can conquer higher peaks, build bigger spaceships, paint brighter pictures. About that magical moment that you’ll never forget. A play about cooperating and having fun. About sharing. About anger, unfairness, negotiation and quarrels, but also about yielding and forgiving.

Sofia Paschou, a director who speaks with a unique mastery to the hearts of young children, has crafted a production that enters their world by understanding the way in which they communicate. Each movement is equivalent to a word. The relationship of bodies in a space is transformed into dialogue. Thus, an inventive, physical vocabulary is created to describe the huge anxieties of an age when the world is one big question mark. Young audiences laugh, marvel, identify and realise that there are fears which we all share. And whatever is shared becomes easier.

A girl, a boy and a sandpit in a playground. A lost toy rabbit, an apple juice and a seesaw. Two actors playing children: they talk little, play a lot, experiment, explore and discover the boundaries of the world and one another.

As an image and as the main site of the onstage action, the seesaw symbolises our interrelationships with others: sharing, but also balance. Life, with its ups and downs, never ceases to be a constant negotiation with those around us. And when we play on a seesaw, there is always someone at the other end who launches us up into the air.

Performances for the general public: Saturday 3pm, Sunday 10.30am 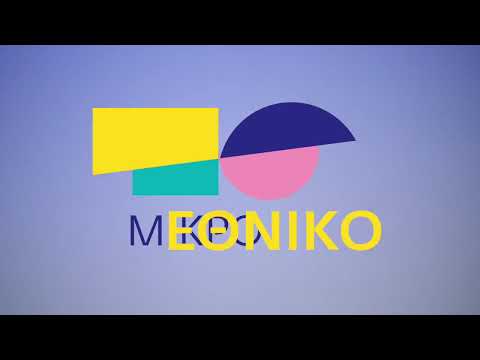 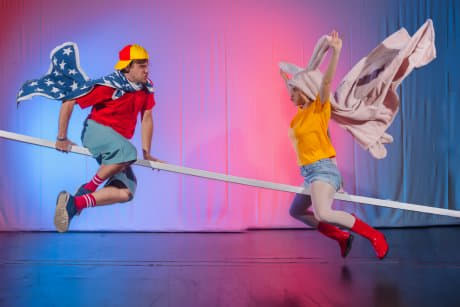 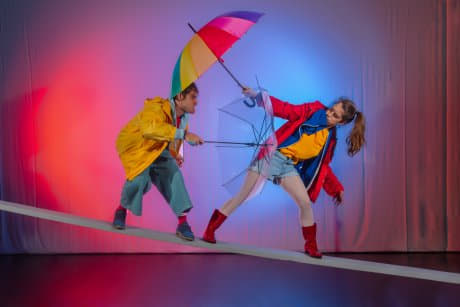 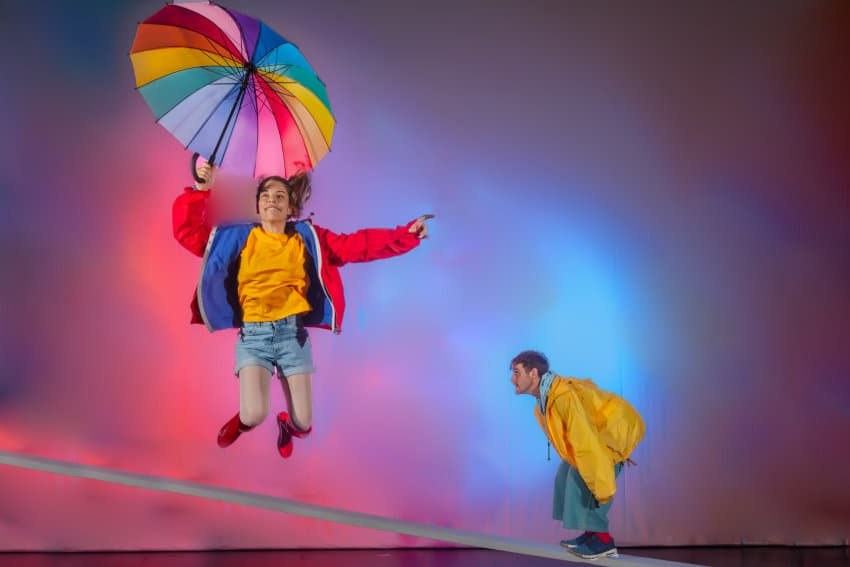 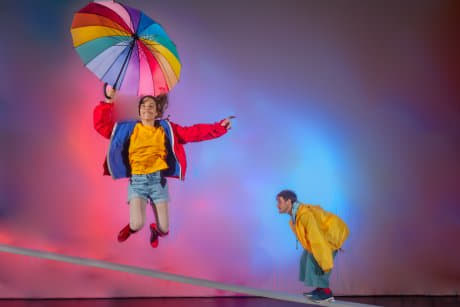 For children aged two and over