Following its successful run at the Onassis Cultural Centre last year and a tour of European festivals, Clean City returns to Athens to subvert stereotypes through the eyes and personal testimonies of five immigrant cleaners who have dedicated their lives to fighting grime!

As a theatre of the real, the production explores the historical, philosophical and political dimension of the concept of cleanliness, a term that was at the core of racist propaganda and led to the ideology of a pure race.

Their stories create new images of immigrant cleaners. In their countries of origin these women might be academics, architects and activists, but they are also mothers, and to help their families, they sacrifice themselves in the Athens of today, showing extraordinary strength like everyday superheroines.

Clean City was first performed in February 2016 and is a joint production by the Onassis Cultural Centre and the Goethe-Institut.
Part of the EUROPOLY programme
- Productions for a changing Europe

in collaboration with the Goethe-Institut Athen
In Europe, crises are erupting one after another. It is now a permanent state that we seem to have become used to. However, behind every crisis there are people, their lives and the reality they experience. The stories of these people are told in three new theatrical works from Portugal, Greece and Germany.

EUROPOLY is a European theatre and cinema project from the Goethe-Institut in collaboration with the Munich Kammerspiele, the Onassis Cultural Centre, the Sirenos - International Theatre Festival in Vilnius, the Teatro Maria Matos in Lisbon and the Tiger Fringe Festival in Dublin. 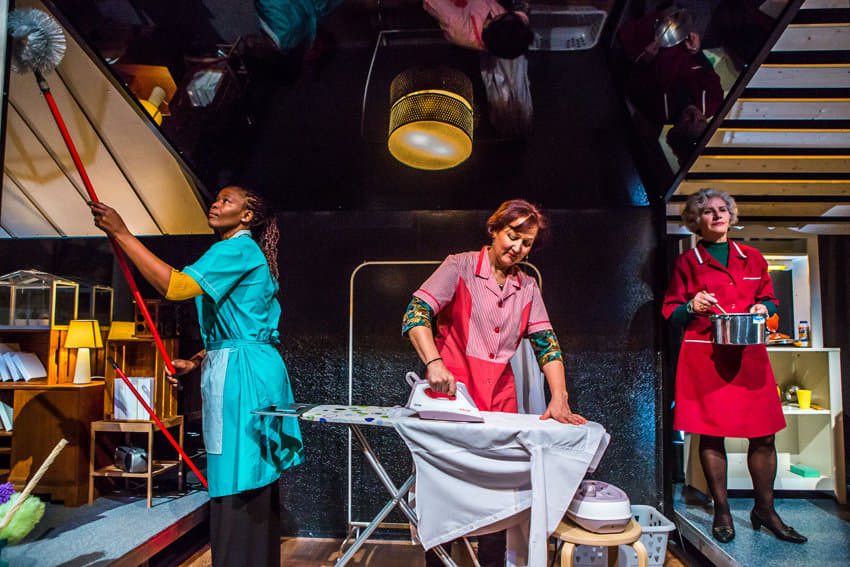 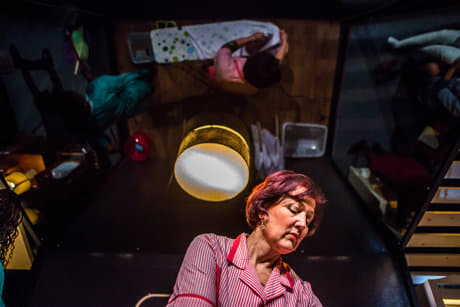 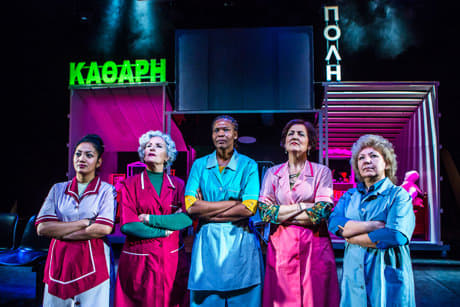 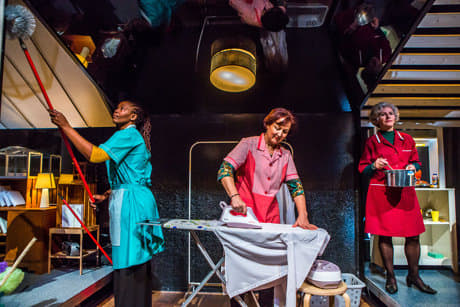 by Anestis Azas and Prodromos Tsinikoris