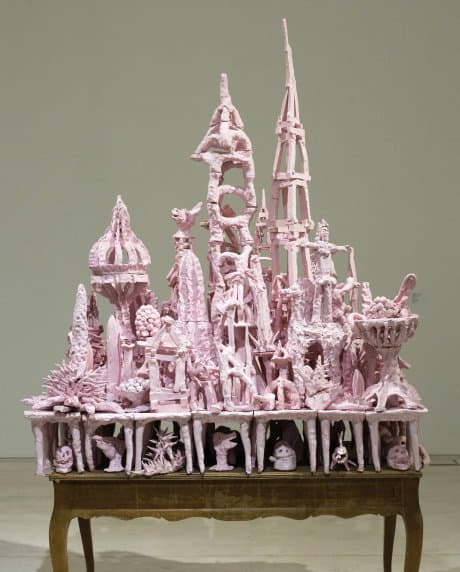 This rarely performed play was for Brecht an exercise in breaking through the boundaries towards the impossible, the utopian. It is a strange and explosive product of a kind of writing that attempted to undermine convention from a more radical standpoint than any of Brecht’s other plays or activities. Precisely because of its inherent utopianism, it presents an attractive opportunity for an “other theatre”. A challenging play then, it remains so today, as the translator Eleni Varopoulou notes, every aspect of it confirming its place in the field of contemporary experimentation with the theatrical experience.

Simos Kakalas is a creatively idiosyncratic director who always takes a subversive approach. His response to the challenge of the Brechtian text proves that the innovative ideas of the German dramatist remain a fruitful starting point for investigation. The original music is composed by Giannis Angelakas, working for the first time with Simos Kakalas and the Greek National Theatre.

Downfall of the egotist Johann Fatzer is a much-talked about but almost unknown work written by Brecht between 1926 and 1931, which he left incomplete, fragmented and open. There are more than 500 pages of dramatic and poetic material, comprising scenes, notes, choral parts, lyrical passages and philosophical texts. It is a treasure trove of ideas and forms that lends itself to adaptation, political interpretation and experimental staging.

Four German soldiers desert the Western Front during the First World War. The egotistical behaviour of one of them, Johann Fatzer, creates problems within the group. Hiding in the city of Mülheim, the deserters are undone by the irresponsibility of the ingenious individualist, resulting in the downfall of the small “collective”.

Recommended for ages 15 and above

Nikos Tranos, A glacier at our table, 2013, Donated by the artist, Collection of the National Museum of Contemporary Art. 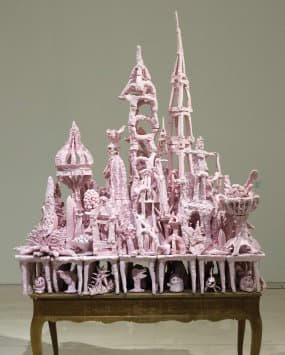