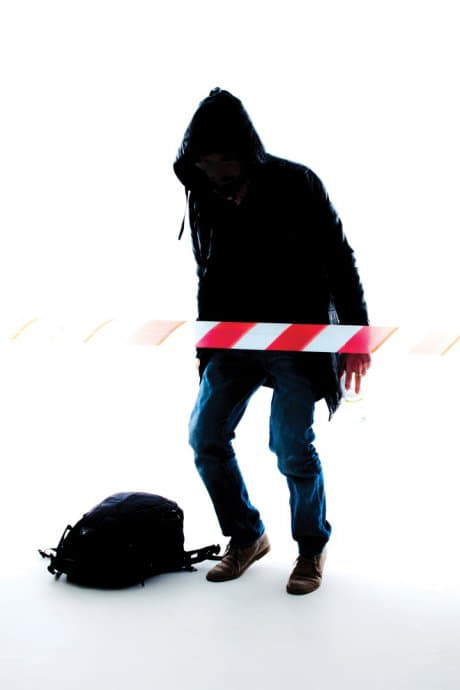 The man who laughs is much more than the stormy romance it seems; indeed, it is Victor Hugo’s most political work and a love story becomes an examination of the excesses of power. The great French writer shows through his exceptional writing how repugnant its true face can be and how it expresses itself in the most vulgar and outspoken way.

This eventful novel of politics and romance is the raw material for a subversive piece of contemporary musical theatre directed with original music by Thodoris Abazis, the deputy artistic director of the Greek National Theatre. A group of talented performers, including actors, singers, dancers and onstage musicians, give their all to bring a complex and demanding musical to the stage using all the tools of theatrical storytelling.

The man who laughs was first published in 1869, just two years before the establishment of the Paris Commune. Without ever having the resonance of Hugo’s other novels, it does not lack their grandeur. Every issue, including social inequality, the corruption of power, the political responsibility to intervene, the crushing of the individual by the system, is latent and is masterfully revealed through a plot in which love is a driving force. Precisely in the same unexpected but very real way, he shows man’s existential tragedy when he suffers at the hands of a warped power. In this case, it is the mask of the merry clown revealed through the violent and artificial laughter of the main hero. But the man who laughs has no choice in the matter. His grin reflects power’s deforming tendencies in the most extreme and direct way.

Early 18th-century London is a highly structured aristocratic society with strict boundaries between the classes. Wealth and a high position in the hierarchy give rise to arrogance. The impoverished, weak-willed people are terrified, with no appetite for resistance and frequently no hope. In this cruel environment, Gwynplaine, a young man whose face has been mutilated into a permanent grin, falls in love with a blind girl, Dea. Their relationship is the most important thing in the world for him. As a member of a band of travelling performers, he will soon become famous for his appearance. When he dares to stand up for himself he comes face-to-face with the callousness of the powerful. 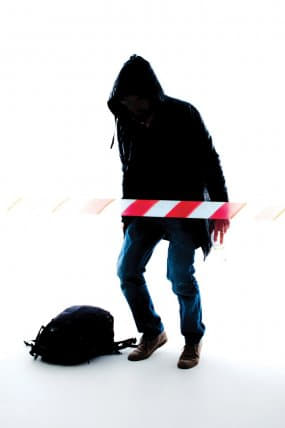 Anna Tsouloufi-Lagiou, Forms of life – Survival kit in the metropolis, 2012, Collection of the National Museum of Contemporary Art (detail). (more)