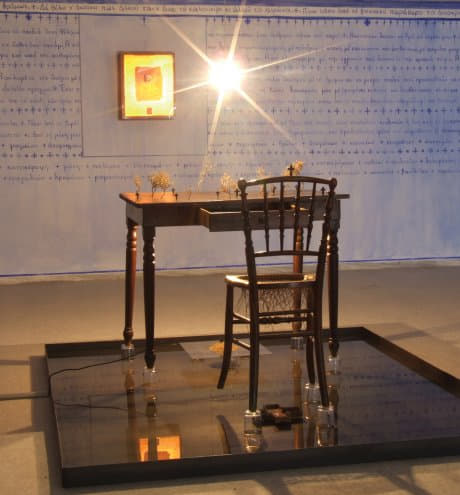 Beyond the descriptions and properties attached to it from time to time, the city seems to have its own, hidden, mythological life. It is a life that may chronologically belong to the past, but is ubiquitous today, in an extended present. The prolific actor and director Akilas Karazisis wanders the city where he grew up, retracing a childhood in Thessaloniki after the war through works by three emblematic writers, Pentzikis, Vassilikos and Ioannou. The production, the text, and the narrative adventure constitute an effort to understand or even invent the city in the dark.

When night falls, you can make out small islands of light on Egnatias Street and Agiou Dimitriou Street, at the Arch of Galerius, on Leontos Sofou Street, at Esperos, at the Vakoura and at Titania, in Hilia Dentra, in Polichni, and on the front of the beachside mansions: the vast Plant that devours an apartment block on Kolomvou St; the Sarcophagus on Angelaki St, in the crypt of which illicit couples meet; the outdoor Trikrikonakias tekke near the Jewish Monuments; the yellow stars filing towards the station for Auschwitz; and finally the heroic exodus of Kyria Ersi by train to the exotic Sikyoni after ten years of occupation and civil war. They are mosaics and fragments of two troubled, miserable and yet mythically vibrant decades, the fifties and sixties. 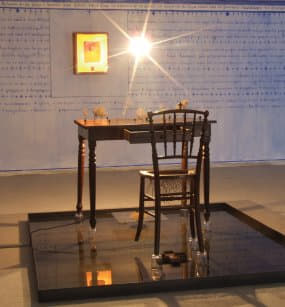