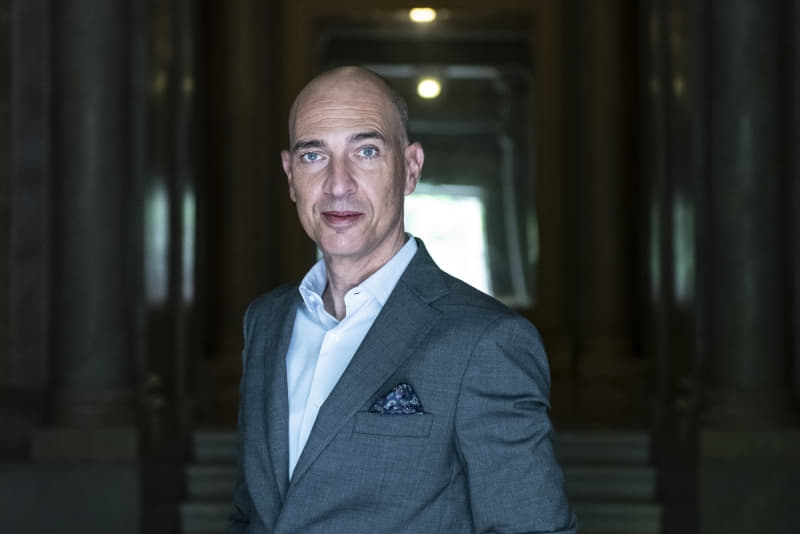 Yannis Moschos was born in Thessaloniki in 1971. He received a PhD in Theatre Studies from School of Drama, Faculty of Fine Arts, of the Aristotle University of Thessaloniki in 2012. He is a graduate of the School of Drama (1997) and the School of Pharmacy of the Aristotle University of Thessaloniki (1993). Since 2002, he has directed - and translated - various Greek and international plays, working with the National Theatre of Greece, the National Theatre of Northern Greece, Athens-Epidaurus Festival, the Greek Art Theatre Karolos Koun, the Municipal Theatre of Piraeus, the Notos Theatre Company, Xenia Kalogeropoulou’s Mikri Porta, the Experimental Art Stage, and others.

His area of academic interest is contemporary Greek theatrical history, and he has published articles and given lectures on the topic of Ibsen in Greece – which was the subject of his doctoral dissertation – as well as on other issues of recent theatrical history. His book O Errikos Ipsen stin elliniki skini. Apo tous ‘Vrikolakes’ tou 1894 stis anazitiseis tis epochis mas [Henrik Ibsen on the Greek stage. From Ghosts in 1894 to the concerns of our time] is published by Amolgos (Athens 2016).