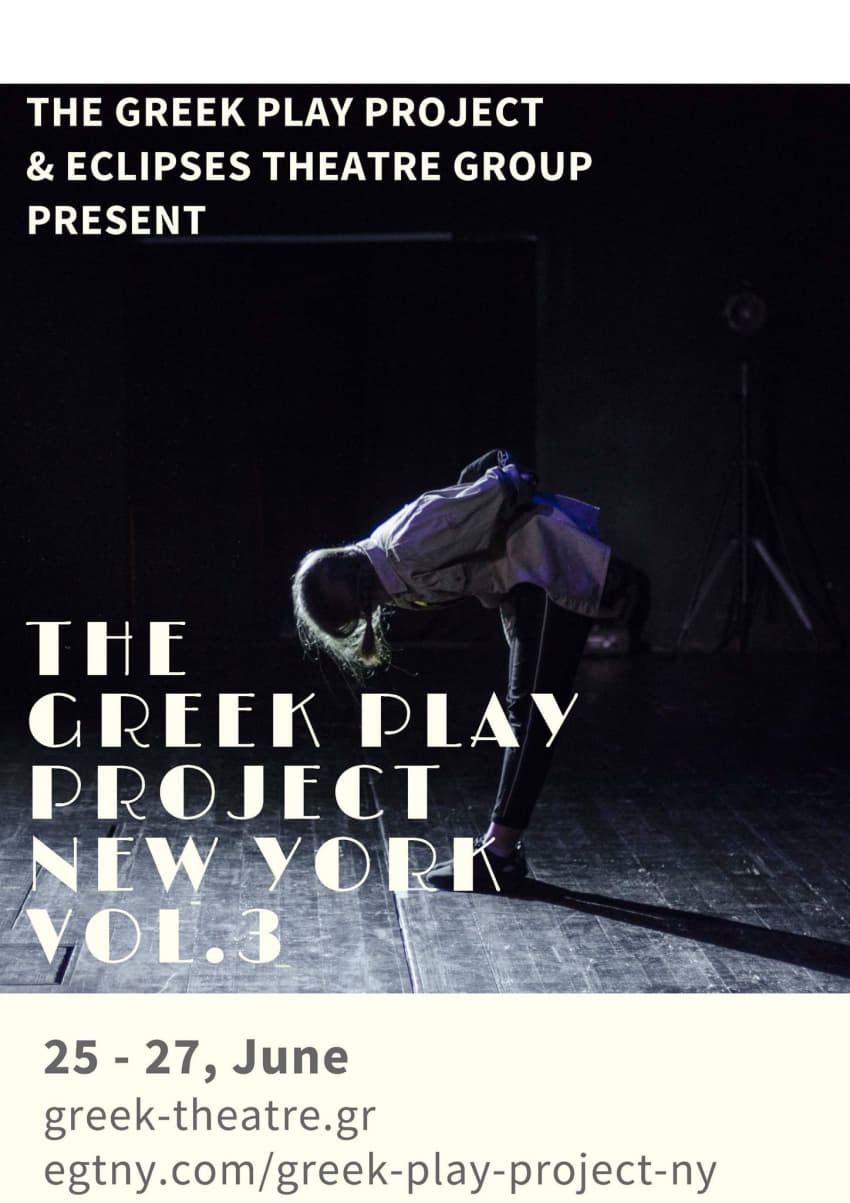 A production of EGTNY and Greek Play Project
Under the Auspices and support of
The National Theater of Greece
The Greek Consulate in New York,
The A.S. Onassis Program in Hellenic Studies at NYU
&
The Greek Critics Association

The Greek Play Project NY is an important platform that promotes Greek Theater in the United States and introduces the work of contemporary Greek playwrights to a broader American audience since 2018.  Modern Greek dramaturgy has a powerful voice that needs to be heard outside the borders of our country and we strongly believe that Greek Play Project New York contributes to this effort.

This year our program includes a series of readings of contemporary Greek plays by women playwrights (Women’s voice in Greek Theater), live and recorded Greek plays, and a series of lectures about the Greek theater. All the plays and lectures will be presented in english or with english subtitles.

The production is a collaboration of Eclipses Group Theater New York, a nonprofit organization that serves as a cultural bridge between Greece and the United States (www.egtny.com), and The Greek Play Project, an important platform, cataloguing modern Greek plays and promoting Greek playwrights, (www.greek-theatre.gr) founded by Dr. Irene Mountraki, dramaturg, Head of the International Relations Department of the National Theater of Greece.

Watch all the events for free at: www.greek-theatre.gr/public/  or www.egtny.com/greek-play-project-ny