A production that has the structure of a performance, run by an MC. The characters in Ariagni are the sacred dead who bear the weight of history and the poetry of the body that suffers and contradicts itself.

In the foreground are the dilemmas experienced by the characters of the play both mentally and physically: political action or artistic creation, activism or expression, love or self-sacrifice? This production of Ariagni aims not to confirm what audiences already know or sense, that the fate of post-war Greece was a game of chance played with dice, in lounges and in bedrooms, while a large proportion of the working population of the country was dying, betrayed in the mountains and in front of firing squads. All this is known. The point of the production is to challenge certainties and protest about what is happening to us now. 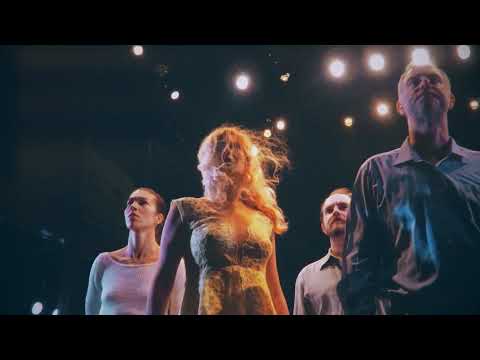 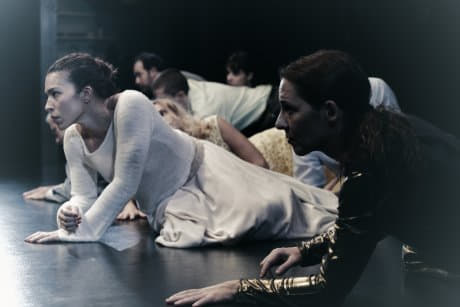 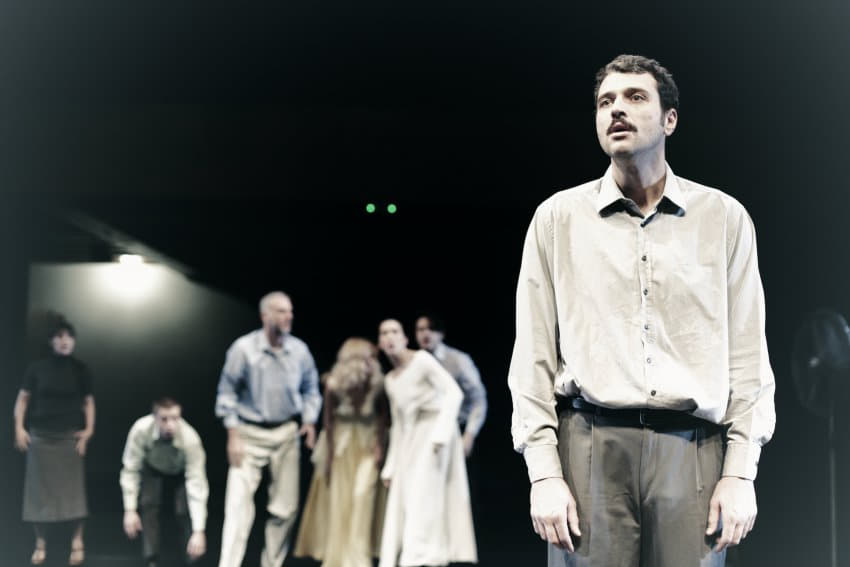 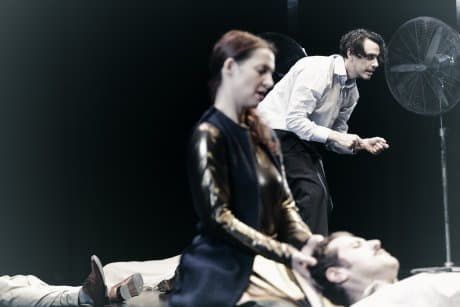 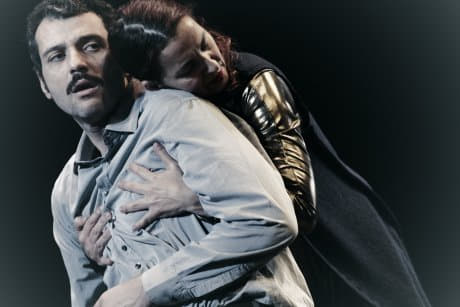 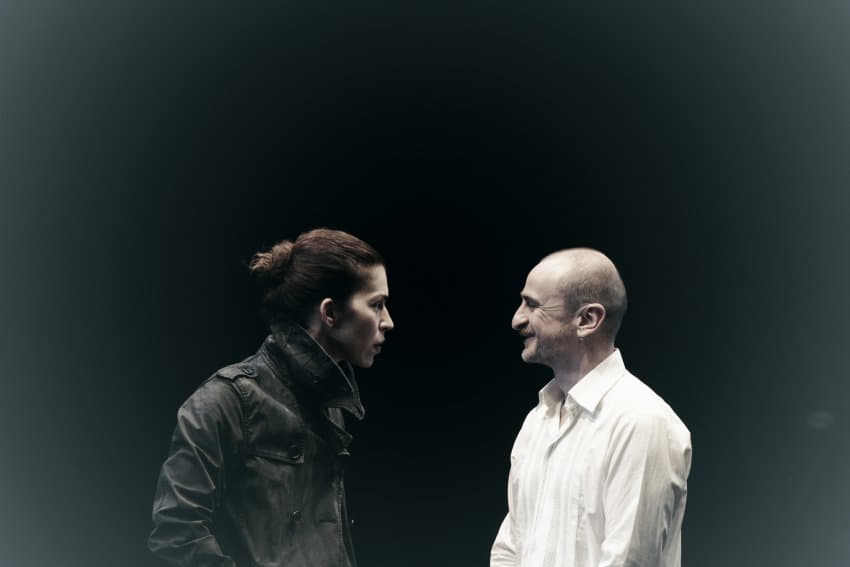 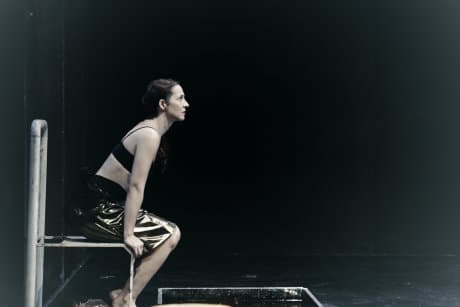 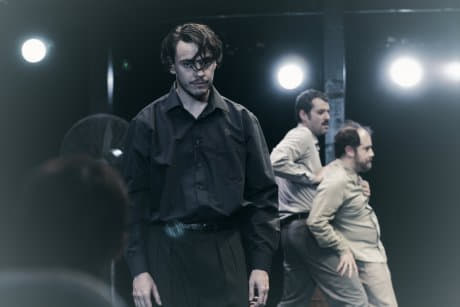 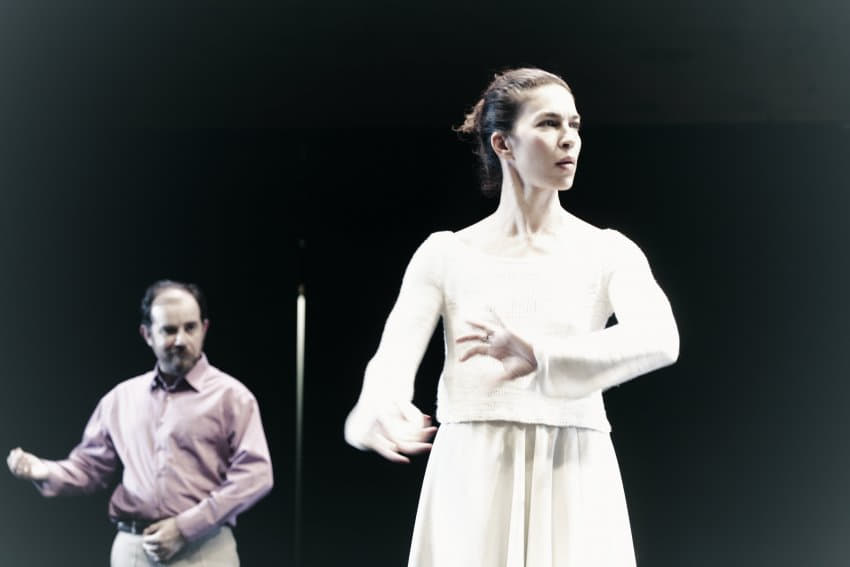 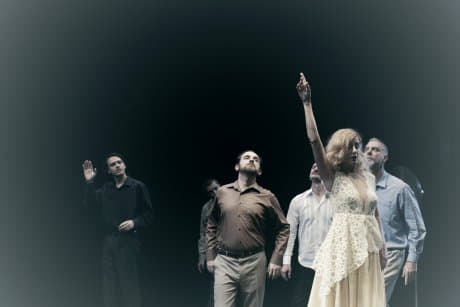 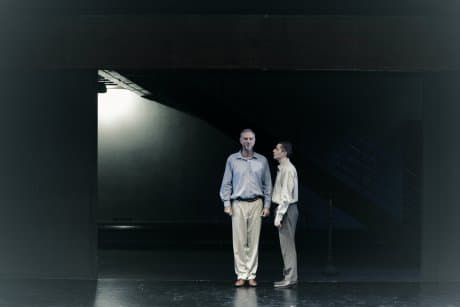 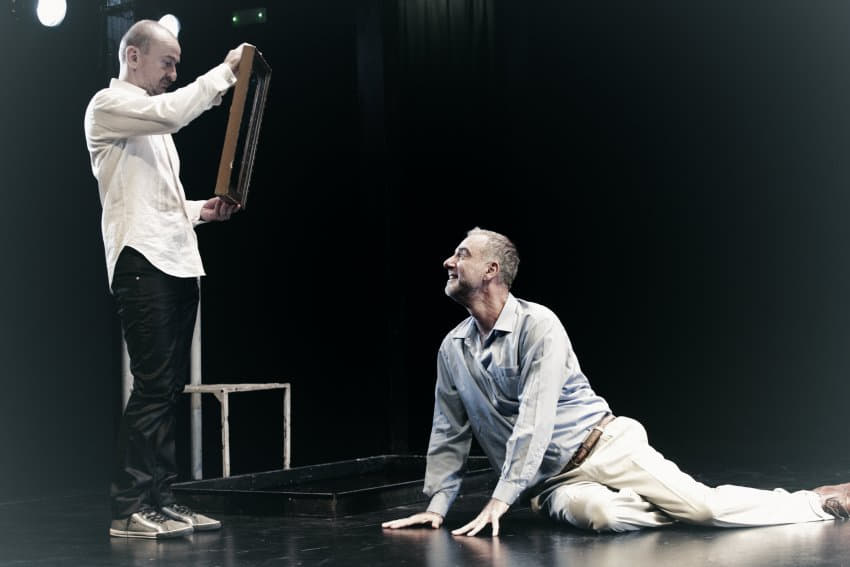 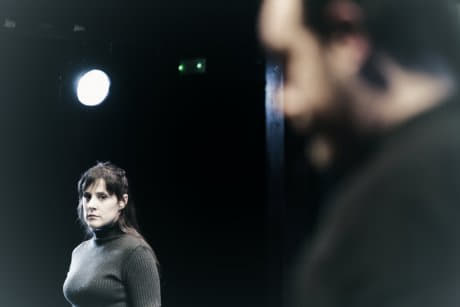 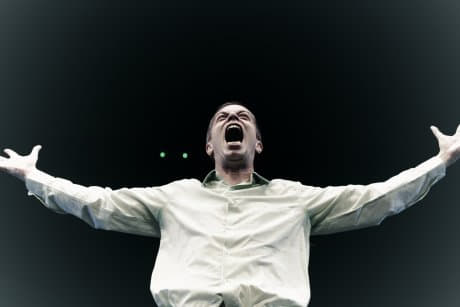 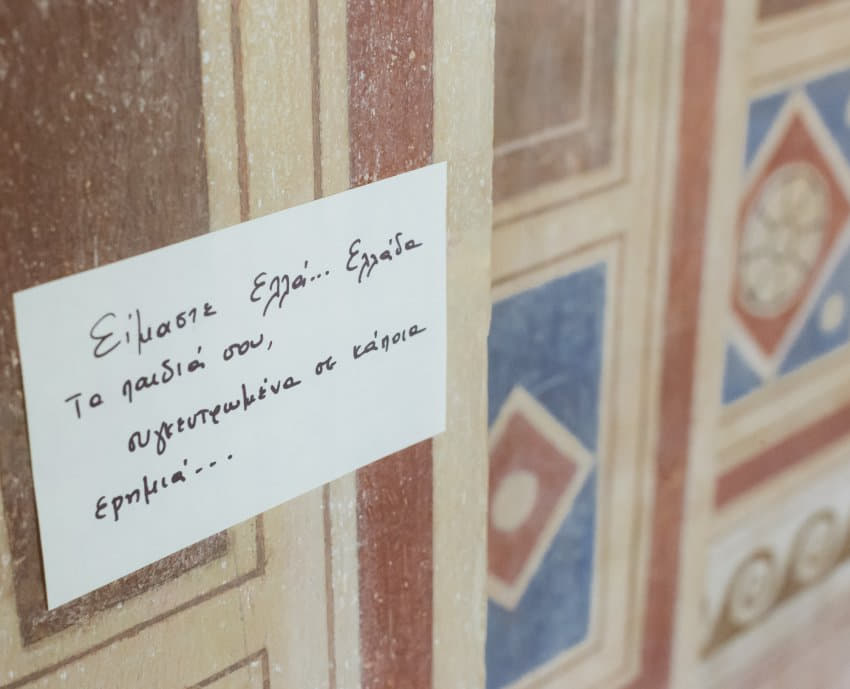 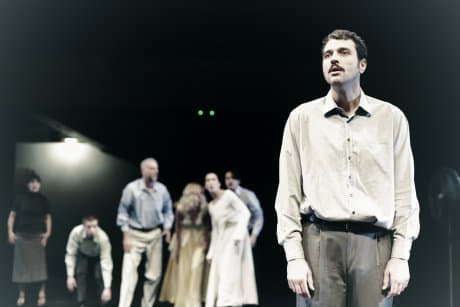 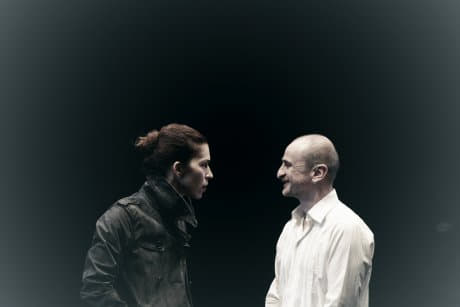 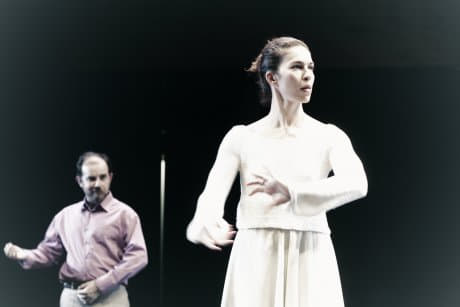 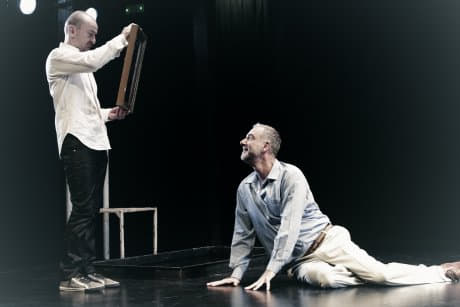