Heinrich von Kleist was inspired to write The broken jug by an eighteenth-century copper engraving and a personal challenge as to whether he could write a comedy.  First staged by Goethe in 1808 in Weimar, the play presents Adam, a judge who is called on to establish who broke a historic jug in the bedroom of Eve, an offence for which he himself is the main suspect. Eve's mother sues her fiancé, and the plot thickens...  The audience knows from the outset who broke the jug, but the outcome of the trial remains uncertain as, with comic suspense, we see how the Establishment covers up its own misdeeds.

Kleist, the great 19th century writer who influenced diverse movements from realism to expressionism and existentialism, has the judge investigate himself, comically inverting the template of the myth of Oedipus.

The broken jug is a masterfully rendered folk comedy that satirises social convention, the fantasies of a glorious past, travesties of justice, but also the disadvantaged position of women at the mercy of the whims of male privilege.

* Recommended seats for best surtitles viewability: central seats in the stalls & the balcony.

On 13, 14 & 15 January the part of Brigitte will be played by Yilmaz Husmen in replacement of Panagiotis Panagopoulos. 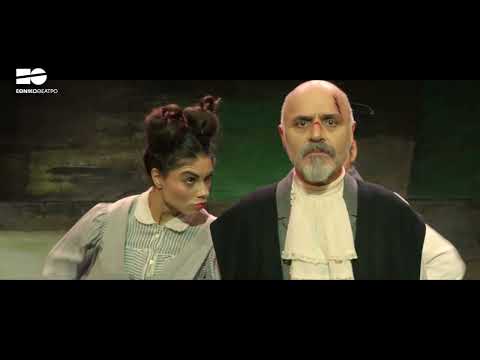 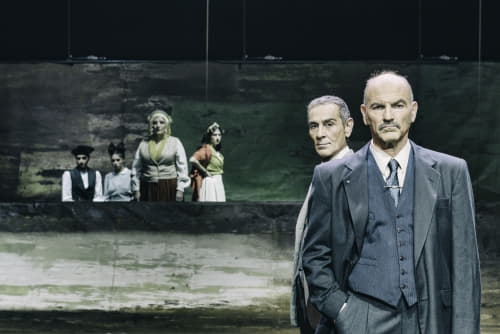 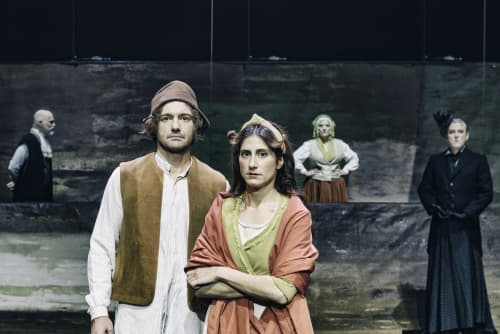 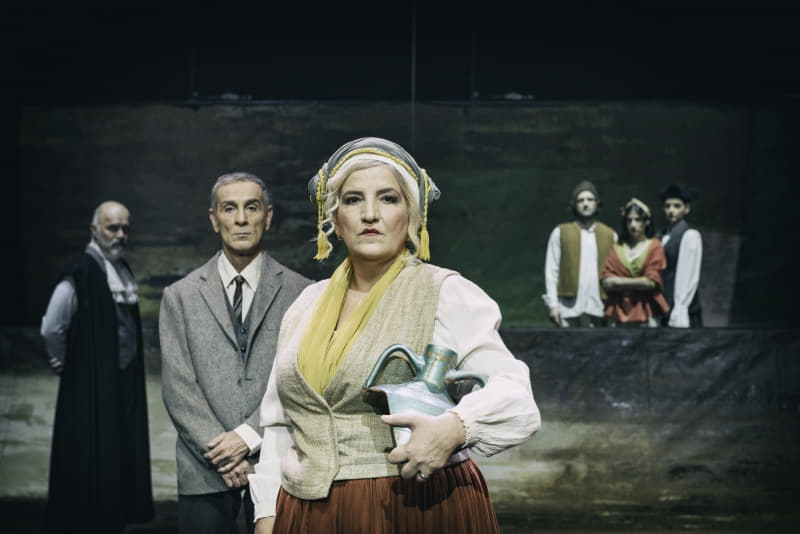 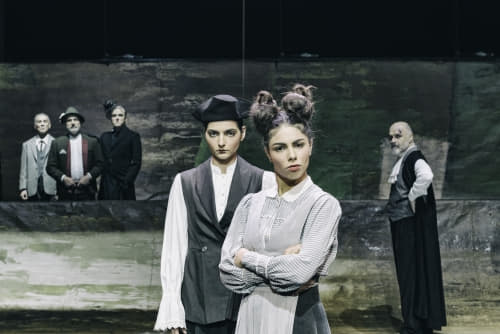 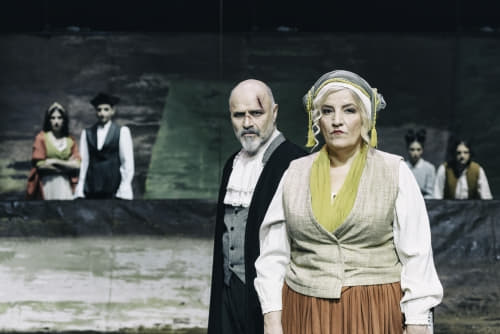 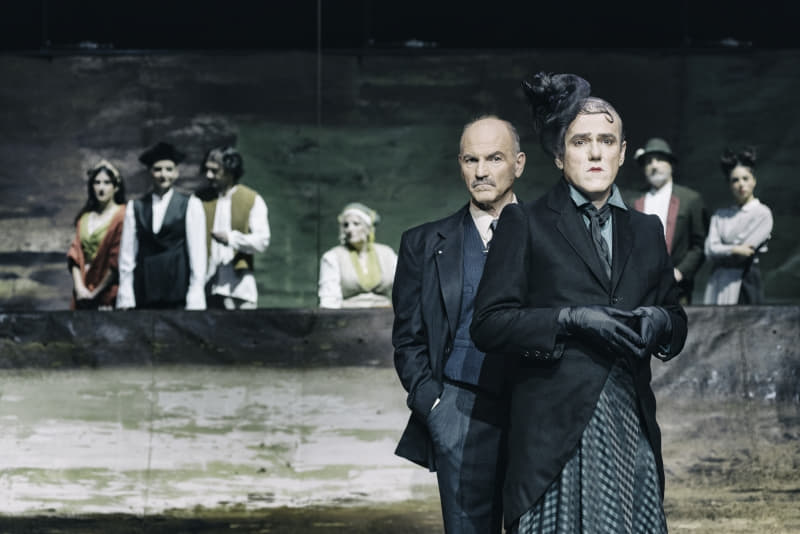 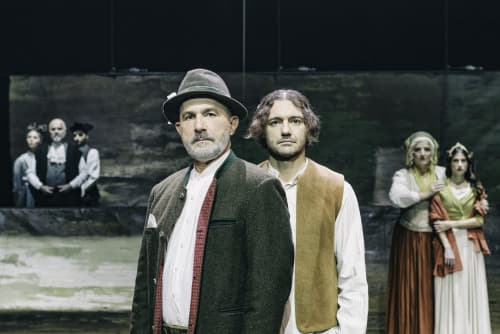 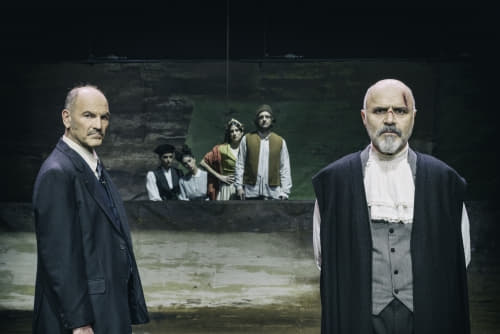 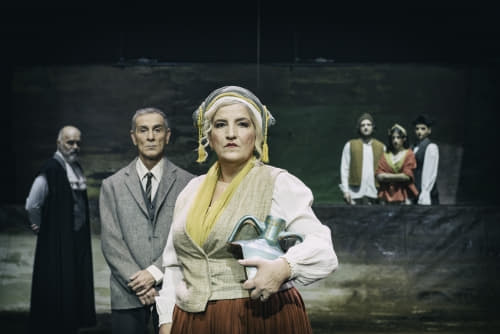 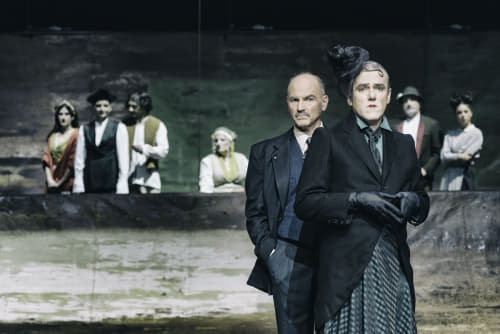